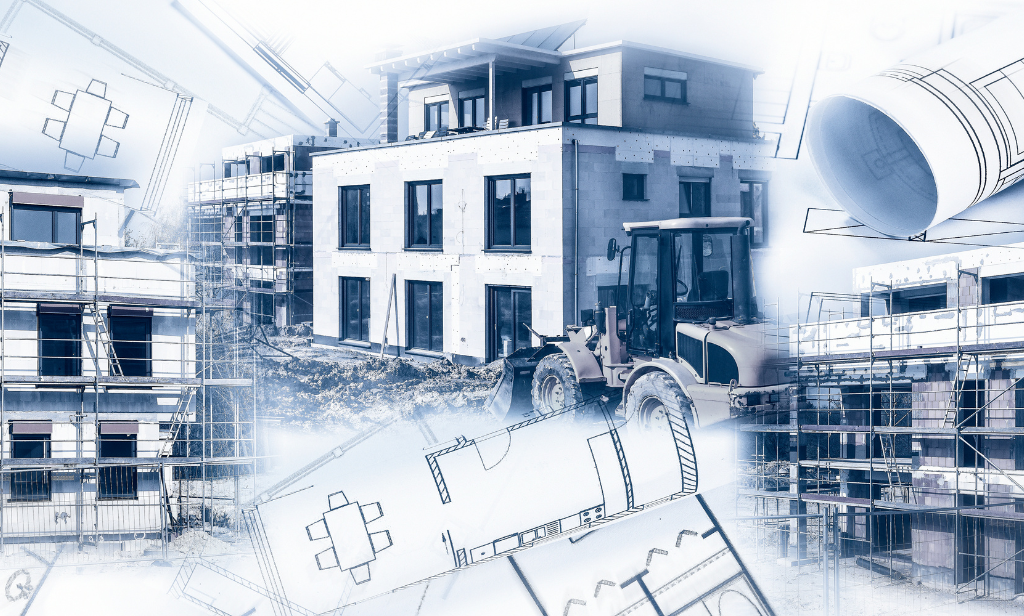 During the recent time of pandemic when the world is paused for almost all regular activities so is the situation for the academics and industries. The time demands new era construction engineering mangers to develop and run a system where employees can be engaged to their respective fields with all safety measures to maintain the pace of the project.

Here, a brief discussion is done on the importance and opportunities of Construction Engineering and Management for the next generation engineering graduates.

It all started at the time when people used to live in the caves of jungles or forests. Then one or few of them observed nature and got an idea to build a house of leaves. That incident may be called as the first example of construction in the human history. As the time went past, new techniques were developed and the infrastructure of the society also improved to upgrade the living standard of the citizens.

In fact even few decades ago, if anyone is asked to call an engineer, he/she at first used to the think of a civil engineer or more specifically a construction engineer. Construction Engineering and Management is basically a part of Civil Engineering which requires technical and scientific knowledge with critical thinking. Sometimes it requires design and execution of new techniques to solve the critical problems and help to improve safety and efficiency in production.

A construction engineer must be aware of rules and regulations, facts of different codes of practices, should be up to date with the latest safety measurement techniques. A good construction project manager increases the productivity of the organization by completing the project efficiently with in the time allocated. Construction Engineering and Management is a bridge between construction and execution of all the activities of the project and management of all the resources of it. An engineering manager may need to investigate the job site, check environmental regulations and other laws of the local administration and sometimes may work with the labors. A construction manager prepares report on the work progress, availability of the resources, and figure out appropriate solutions to critical problems. The position need to deals with the wide range of people like contractors, suppliers, environmental and govt. agencies. Apart from on-site jobs, a construction manager may take help of software to analyze and find out important facts of the project.

Generally the role of a construction project manager can be classified into the following three phases:

The engineers placed in the construction projects can only understand the criticality of the challenges and determine the actual requirement of human resources as well as material resources. Based on the experience and/or knowledge, only construction engineering managers can solve various challenges in construction sites. In current situation where the pandemic hit society is struggling to run its regular life, the new age construction engineers can be a silver lining to all. They can propose and encourage government and other organizations to continue development woks and can create modern day infrastructure needs by using cutting edge technologies invented till date. The use of the modern techniques will serve the society in two way. One is by using modern equipment, projects can be completed quickly than usual time and will save huge amount of labor cost. On the other hand, it will create a new set of employment sector where new technicians will be required to operate modern equipment.

To avail all these pride and opportunities, one must have a valid degree or experience in civil/construction engineering. For the information of all aspirants, it must be mentioned that there are very few institutions who offer construction engineering & management in west Bengal. Adamas University is one of the prime university among them in the eastern zone of India with world class facilities where students from abroad comes to build their career. Here you will find a set of talented experienced faculties and all laboratory supports to pursue your dream into reality. 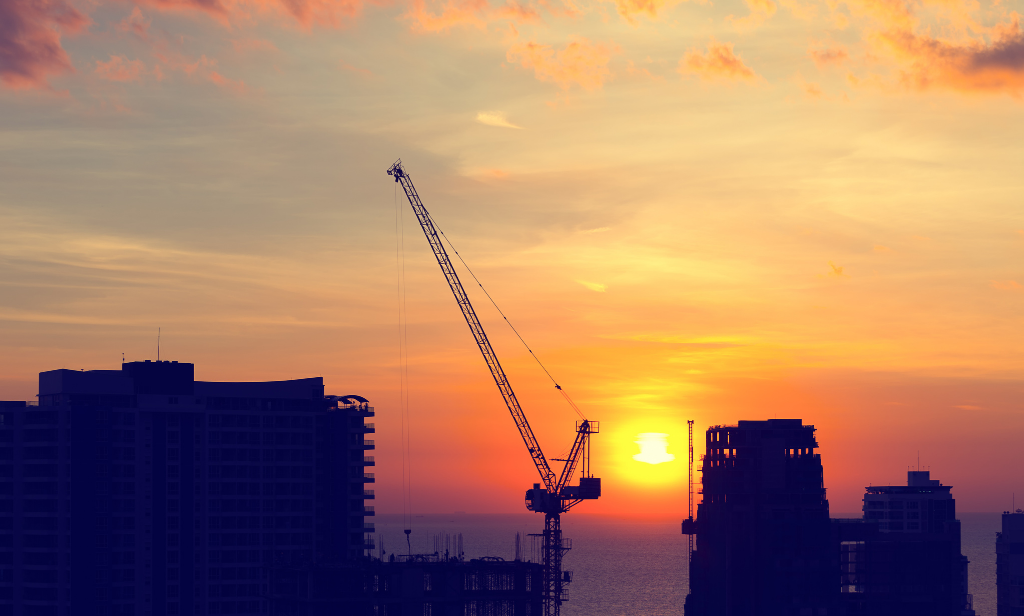 For the last two and half years, people of this planet have experienced a pandemic situation due to outbreak of Novel Corona virus. As per the situation, there is scarcely any country that   has remained unchanged by the harshness of this virus. Our country is not an exception from this pandemic. Sometimes positivity rate of Corona Virus came down but suddenly it has started a reverse flow towards higher positivity during the last three waves happened till date. Not only the human lives but most of the commercial activities also had been suffering by the pandemic. Some industries might had overcome the pandemic situation but most of them faced much difficulties and obviously construction engineering sector was also in the list.

The construction industry and civil engineering add mainly to the Indian economy. The unfavourable situation due to pandemic has caused all construction projects to come to an end suddenly but the jobs in design sectors were managed by work from home. Construction  industry,  the  main  pillar  of  the  national  economy had  faced  a  long  challenge  like  regulatory  burden  under environmental laws which  had  coupled  with  the pandemic. Subsequently lockdown   imposed to deal with the situation restricting the movement of people, gatherings and strictly   maintaining social distance.  All  these  had  made  a  tremendous  effect  in  Indian  economy  and  construction  industry  has  been  halted  throughout  the  country.

In India, the dilemma for the Civil engineering sector is high and it is infuriated and hard to treat with as there is no standard format of contracts for construction sector. There could be immense variations in particular state of affairs of a Construction and Engineering contract. Although, there is standard forms of construction and engineering contracts by International Federation of Consulting Engineers, Institution of Civil Engineers and Indian Institute of Architects but at that times they are eagerly settled and hence it lost uniformity.

In most of the construction and engineering, contracts parties generally mention the time of   completion of works. Due  to  Novel  Corona Virus,  workers  did not  feel  safe  to  work  in the construction  site  and  they  returned  to  their   home  leaving  their  job. So,  many of the  projects were not completed  in  stipulated  period  and  the  contractor  became  a  defaulter. In some cases, contractors had to pay compensation for delay in completing the project.

Government of India declared closing of all universities, colleges and schools. The whole education system suffered a lot due to the situation and came to a worst situation. To  Cope  with the  situation, online classes were started but by the method, teacher was unable to identify the effective attendance of a particular  student for the entire class session but one good  thing  is  that  there is no loss of time for to and fro during  online  classes and  as most  of  the time  students  remain  at  home, they  can  easily  join  some  other  online  activities like attending in Webinar, others Professional course etc. to  improve  their  knowledge  and  skill . In case of  normal  situation  when the  students  would attend classes  physically, it  would not be possible for  them to attend such  courses which even conducting from abroad also.

But online system had disadvantage also. It was not possible exactly to evaluate a student in the online examination as some of students took help of open book, open study materials, internet search and help from friends during examination time. Some students received participation certificate of Webinar without attending attentively.

As a result, some changes happened in Civil Engineering and Construction sector to adopt the situation. Earlier contractors in the sites would to hire many labours to complete the project. But due to pandemic, contractors hired less number of labours and used many machineries in construction works. Ready mix concrete was brought from Batching plant instead of producing concrete at site. Digital system, like Building Information Modelling and integrated project management platforms were already recognized as digital building blocks for the construction industry. Also, repetitive and dangerous works that people want to avoid means implementation of automation can support the industry’s labour and skills crisis. At that moment, robotic automation deals enormous possibility to increase output, efficiency and flexibility of construction process throughout the construction industry, as well as to automate the fabrication of modular houses, robotic welding and material handling on construction sites, robot 3D printing of structures. As well as building the industry safer and more cost efficient, robots are recuperating sustainability and dropping environmental impact by enhancing recycling by means of cutting waste. Robots can produce safer construction by managing heavy loads, working in unsafe locations and enabling safer ways of construction. With the industry producing increased environmental pollution and the need for more cost-effective structures, robotic automation reduces waste by improving quality, which is important when it’s approximated that up to a quarter of materials out of total materials  transported to a construction site leaves as waste. With automation and digital technology, Engineers can also design waste out at the beginning of a project through effective Building Information Modelling and construction processes.

Very renowned Universities like us designed Smart Lab by which student can watch a live demonstration of all parts of a particular experiment. Virtual Internship was also arranged for the student. In Virtual Internship, the video of Construction site works were shown to students by the Senior executives of the company. The conduction of recruitment drive was also easier as it was done online. Students had not missed even any event as all were organised by online mode. By using of digital library, students were able to view and download books, journals. Research activities were not stopped also during the pandemic situation. Researcher provided priority on Analytical research than Descriptive research in the current situation and also changed the area of research to suit Analytical research.

In a concluding remark, Every problem has a best solution; you just need to discover it.