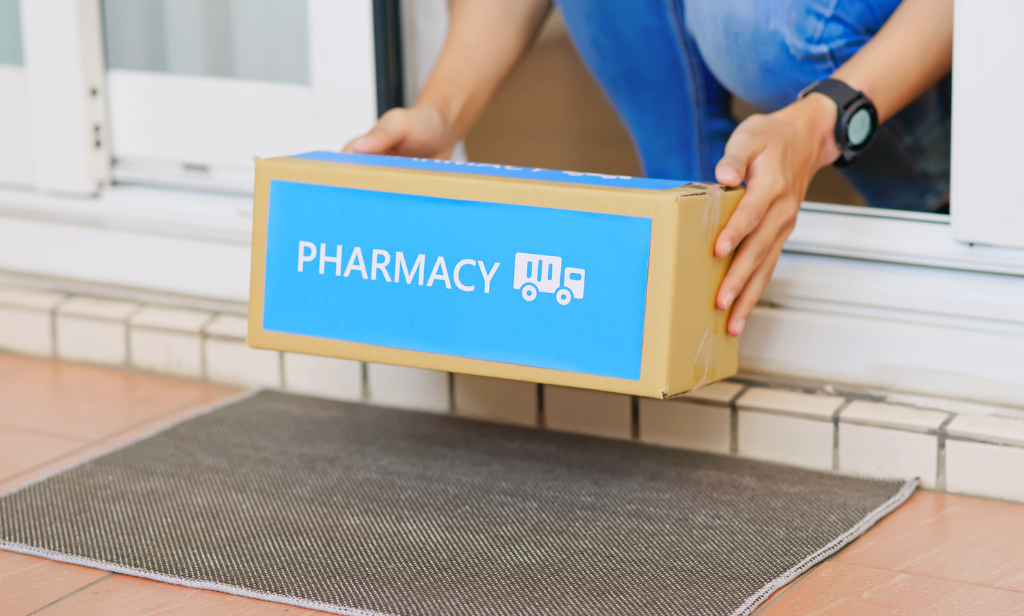 Successful delivery of drug occurs only if the proper drug carrier has been chosen. Nanofibers act as a good drug delivery system and they are biodegradable, biocompatible. They can be prepared either by using a single polymer solution or a blend of different polymeric solutions. Due to the large surface area and high aspect ratio nanofibers are widely used for different biomedical purposes. Nanofibers act as a suitable drug delivery system for low solubility and low permeability drugs. Nanofibers act as a controlled release drug delivery system by delivering drugs over a fixed period with minimum side effects. Electrospinning is a voltage-dependent process in which nanofibers are prepared either from a single polymeric solution or from a blend of different polymeric solutions. The basic setup for this process is a syringe with a needle containing a polymeric solution which acts as a reservoir, a pump, a high voltage power source and a collector. When electrostatic repulsion becomes higher than the surface tension of the loaded polymer solution then it results in the formation of Taylor Cone, which elongates and is ultimately deposited on the collector as nanofibers mat.

Nanofibers are small lightweight fibers whose diameter is in the nanometer range. Nanofibers have some excellent properties such as a high surface area to volume ratio, small, better porosity. Nanofibers find their use in the chemical, biotechnological, pharmaceutical industries. Due to several functions of nanofibers, they have achieved immense interest in the sectors of power storage as well as power production, pharmaceutical field, fabrics, numerous biological devices, treatment of water as well as in maintaining ecological balance. The extremely conventional technique to form the nanofiber mat is done by electrospinning. Electrospinning is a voltage-dependent process where nanofibers are made from a polymer solution or a mixture of polymer solutions when placed in an electric field which results in the elongation of the solution into a jet-like structure and ultimately forms Taylor Cone. When electrostatic repulsion becomes higher than the surface tension of the liquid then a conical-shaped structure is formed at the tip of the needle which is called the Taylor cone. Nanofibers can be prepared using polymers or a mixture of various polymeric solutions. PVA is not a natural polymer but it is miscible with water. PVA is colorless, odorless, non-toxic. PVA is biodegradable and biocompatible. PVA is utilized for various purposes which comprise the making of membranes, films, also in biomedical fields, as a carrier for the delivery of drugs as well as polymer composites. PVA also finds its use in paper cutting, coating of fabrics, gums, preparation of fibers. HPMC falls into the class of cellulose ethers. HPMC is a hydrophilic, recyclable and biocompatible type of polymer which have numerous functions in cases of delivery of drug, colors, cosmetics, gums, coating agent, in agricultural fields as well as in textile industries. Chitosan which is a linear polysaccharide is made up of linking between D-glucosamine and N-acetyl-D-glucosamine. Chitosan is made up by treating chitin shells with alkaline substances. Chitosan provides many functions which in turn makes it appropriate for different uses like in the pharmaceutical field, biomedical purposes, as a carrier for delivery of drugs, foodstuffs, in treatment of water.

Nanotechnology has therefore emerged as an important field in medicine that has significant therapeutic benefits. There is also a need to control the delivery of the drug with respect to the site of action as well as dose to lower adverse effects. There are a large number of nano-drug delivery systems (NDDS) that act as potential drug carriers to treat cancer, autoimmune disorders, cardiovascular defects. Nanocarriers or nano vehicles act as effective drug delivery systems providing many advantages. Nanofibers possess a greater surface area to volume ratio. Therefore, nanofibers can be used where a large surface area is required. They can be formed using a wide variety of polymers. Polymeric nanofibers can be used in bone tissue engineering, cartilage tissue engineering, ligament, tendon tissue engineering. Nanofibers can also be used in lithium-air batteries, transistors, diodes, capacitors, composite for aerospace structures, optical sensors, air filtration. Nanofibers are also good carriers for effective gene delivery and expression.

Nanofibers are very small which provides them unique physical and chemical properties and allows them to be used in very small places. Nanofibers have a huge surface area compared to their volume. They possess the adaptability to change themselves to a broad variety of shapes as well as sizes respectively. Nanofibers are small, lightweight fibers whose diameter is in the nanometer range. Nanofibers are prepared by using a polymer or blend of different polymers. The diameter of the nanofibers relies upon the category, nature of the polymer used in the process of formation of nanofibers. Different methods which include drawing, electrospinning, self-assembly, template synthesis are used to prepare nanofibers while electrospinning is the most commonly used method. Nanofibers have attained extreme interest due to their utilization in various biomedical purposes over the last few decades due to their distinctive functional properties like greater surface area and high aspect ratio, which ultimately have a crucial role in cellular and molecular activities, maintaining their structure similar to the local cellular microenvironment. Instead of their numerous advantages, few biomedical purposes require the use of nanofiber composites due to their perfect, superior structural and tunable functional properties compared to single-phase nanofibers. Nanofiber composites are a relatively modern, distinctive, special, versatile group of nanomaterials. The nanofiber composite approach has remarkably increased the cell attachment and cellular role with respect to the single-phase nanofiber approach. Nanofibers have attained extreme interest due to their extensive usage in the storage and production of energy, chemical and biological detectors, pharmaceutical industries as well as textile industries, purification of water, and preventing environmental damage. Even though much work has been done for the fabrication of transition metal oxide nanofibers, but still their incorporation at definite positions into nano-matric requires nanofibers to be synthesized with fine reproducibility, suitable-controlled orientation, tunable size, and great aspect ratio. The big-scale production of nanofibers with such features is still a challenging work as the mostly used electrospinning methods have some disadvantages which are namely less yield, great operating voltage, and problems in acquiring in situ deposition of nanofibers on various substrates. The formation of nanofibers can be enlarged using the electrospinning setup with numerous needles or by utilizing needleless electrospinning. Nanofibers are fibers of the nanometer scale. Nowadays there are a large number of techniques for the generation of nanofibers which include self-assembly, electrospinning, template synthesis, and phase separation methods. Besides, nanofibers can be prepared using different types of polymers which include keratin, collagen, silk fibroin, cellulose, gelatin, polyvinyl alcohol (PVA), hydroxypropyl methylcellulose (HPMC), polylactic acid (PLA), polylactic-co-glycolic acid (PLGA), polyethylene-co-vinyl acetate (PEVA) and polysaccharides like alginate and chitosan respectively. Nanofibers are regarded as essential, significant by many researchers because of the benefits they offer, such as being lightweight and having less diameter, possessing greater surface-to-volume ratios, manageable pore structures.