Is it the Best Time to Study Electronics? | Adamas University 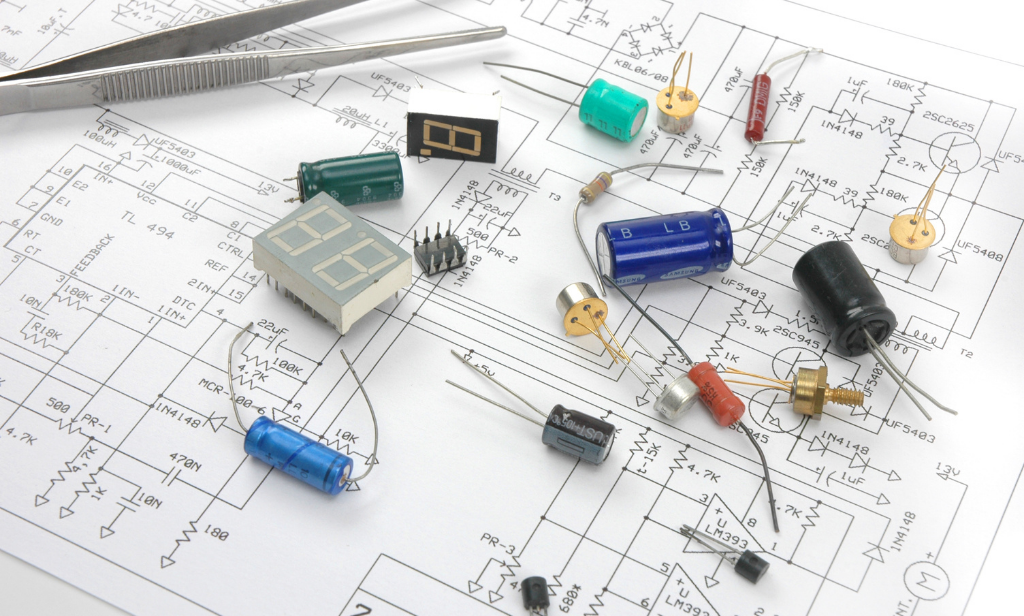 Is it the Best Time to Study Electronics?

The rate of employment in the electronics sector is booming due to the steep growth of electronics industry in India. The past few years have witnessed a massive compound annual growth rate of more than 42%. The electronic markets around the world was valued at 1172 billion USD back in 2017 and is enlarging continuously. According to few reports the market for manufacturing semiconductors (consisting of machinery, substances, and solutions) is expected to enlarge from USD 440 bn in 2020 to USD 1 trillion by 2030. Reports indicated a prospect of about 80 bn dollars for the Indian semiconductor industry by 2030. A few articles also suggest massive growth for inventions and R & D in the Semiconductor production instruments–submodules, consumables and spares for the MSME industry in India. This year (2022) the semiconductor chip industry around the world is predicted to get as far as US$600 bn. In a recent conference Hon. PM (Shri. Narendra Modi) expected the consumption of semiconductor in India to go beyond $80 bn by 2026 and $110 bn by 2034. A few experts expect the global semiconductor industry to grow 10% in 2022 to over US$600 billion for the 1st time in history. In the year 2021, the market for semiconductors in India was evaluated at $27 bn. This market is expected to grow at a sensible CAGR of 16% between 2019 and 2026. Experts predict this market to cross $64 bn by 2026. The current estimate of the semiconductor trade for the telecom industry is greater than 2 bn and is predicted to enlarge at a CAGR of 34% between 2021-2026. There is a budding occasion for India to give as far as $85 bn – $100 bn of the $550 bn – $600 bn annual global opportunity by 2030 (17% of the market need around the world).

The central govt. approved ₹76,000 crore under the PLI project to boost the semiconductors and display manufacturing ecosphere in India. A large number of incentives are provided to design companies to design chips in India. The govt. of India has also launched the Scheme for Promotion of Manufacturing of Electronic Components and Semiconductors (SPECS) and the Modified Electronics Manufacturing Clusters (EMC 2.0) Scheme. The Ministry of Electronics and Information Technology (MeitY) estimates a steep growth of 24%, 23%, and 20% market share in wireless communications, consumer electronics, and automotive electronics respectively. The government is also in conversation with semiconductor manufacturing giants of Taiwan like the Taiwan Semiconductor Manufacturing Company (TSMC) or the United Microelectronics Corporation (UMC) for developing the semiconductor manufacturing ecosystem in India. The govt. is also in search of manufacturing sites along several cities in India. There has been an approval for $13 bn for allied sectors which contains ACC batteries, auto components, telecom and networking products, solar PV modules, and white goods. The PLI policies and the Make in India initiatives can aid the local procurement of semiconductor by over 17% by 2026. The 5G rollout in India is predicted to skyrocket the need for semiconductors manufacturing in India (as predicted by several telecom industries). The local production of semiconductors in India is presently low, India has a large capability to frame itself as a front runner supplier in the upcoming days provided that the talent/skill pool and resources are used precisely. The near future is expected to create opportunities for research and innovations in the semiconductor production submodules, consumer nondurables, and spares. India has also got an exceptional talent in the semiconductor design. Almost all best in the world semiconductor design firms have research and development units in India.

The semiconductor global market is dominated by U.S. with almost 50% (worth $208 bn in 2020) of the market share. The U.S. counts the semiconductor as one of its top 5 exports with over 80% of the sales to overseas countries. The U.S. industry invests over 1/5th of its total revenue for research and development of semiconductors. Along with the U.S. China is also a major manufacturer of semiconductors. China has largely increased its semiconductor chip sales with an annual growth rate of 30.6% capturing 9% of the global market share, leaving behind Taiwan and Europe. The war among Ukraine and Russia may lead to shortage of Neon and Hexafluorobutadiene gases from Ukraine disturbing the supply chain of semiconductors. These issues in the supply chain may also adversely affect the automobile sector. A report states that less than 10% of the India’s semiconductor components were sourced locally. In the last two years, the global chip shortage has caused a revenue loss above US $500 bn around the globe. The continuing talent scarcity will increase by the inclusion of increased semiconductor manufacturing amenity outside Taiwan, China, and South Korea. The loftier need for software skills needed to program and integrate chips into fast-growing markets will further worsen the shortfall.